You have finally found the perfect fragrance and you want to use it forever! But, after you have bought the same fragrance for years, you suddenly find out that it has been reformulated. Now, there is the new edition of your fragrance, but you are not sure about the reasons they decided to launch the new edition. Was there something wrong with the old edition? Will it be sold again in the future? Here are some of the answers to your questions. 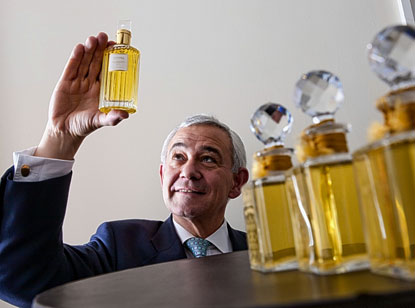 The fragrance is modernized

Keeping fragrances up-to-date boosts sales, especially for popular fragrances that were created many years ago. Even though there are people who say that classics are classics, we should agree that each fragrance reflects the trends, attitudes and thinking of its own time. But, from a marketing point of view, they smell outdated and show more unsatisfactory sales. Here are 2 examples of modernized fragrances:

Another reason is that, sometimes, a particular ingredient is no longer available (or, not allowed in a certain country), so the fragrance has to be adjusted to meet certain requirements. The International Fragrance Association often decides that a certain ingredient may act as an allergen, so it is either completely banned, or restricted. That is the reason for the classic Chanel no 5 reformulation in 2012.

Yes, it may not sound pretty, but it is a fact – some companies reformulate their perfumes in order to save money. It is actually a very common approach. Such is the case with Christian Dior perfumes – when LVMH acquired Parfums Christian Dior, they immediately cut production costs – and so, lavender was not real lavender anymore, and iris was replaced with a cheaper synthetic. Therefore, we cannot expect the result to smell exactly the same as it used to…

Despite the fact that many classical materials have been banned or restricted, we have to admit that the very nature of perfumes is so delicate that it is almost impossible to preserve it over time… The ingredients change, and even the processing methods evolve with time, so it is no wonder that even if the company does not change its formula, sometimes when classical perfumes are produced with modern ingredients, they just don’t smell exactly like the original launched many years ago.

I know that some of you still mourn the classical edition of a certain perfume, but we have to admit we are living in a rapidly changing world and this is reflected in every sphere – including perfumery. So, my advice is – enjoy your fragrances and be ready to taste something new and exciting the next time you go fragrance shopping!