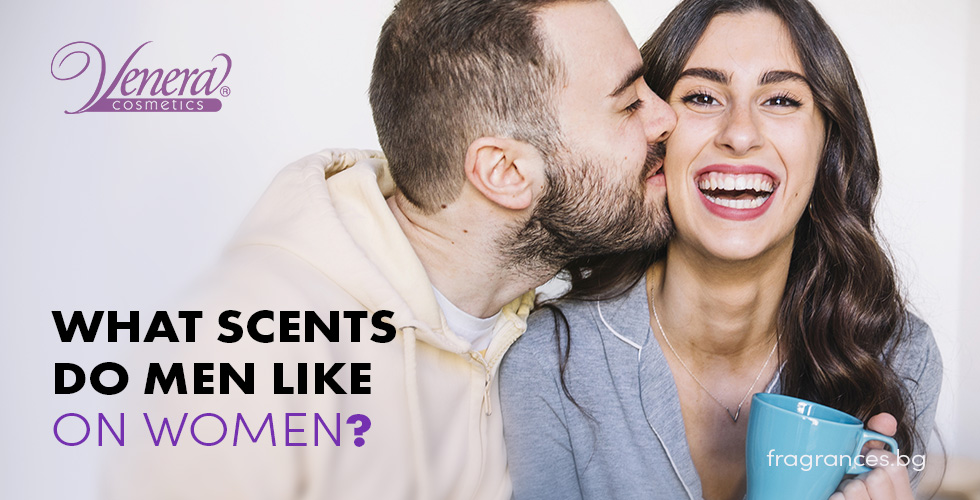 It has been scientifically proven to have scents that men like more and are more appealing. Learn what these fragrances are and in which fancy perfumes you can find them

So you bathe yourself in your favorite perfume, which smells like you just got out of your grandmother’s kitchen after she cooked some Easter cookies for you, and you feel fabulous, because you are going on a date tonight.

Surely, you want to dress to impress and your perfume is meant to get his pulse stop, well, not literally, but you get where we are heading at.

But, have you ever wondered what scents men really like?

When it comes to the science of attraction, smell plays a big part in whether a person feels attracted to you or not. A paper published in the journal ‘Frontier in Psychology’ from 2017 claims that sight, smell and hearing are three of the most important factors when deeming someone attractive.

According to Dr Alan Hirsch, Director of the Smell and Taste Treatment and Research Foundation in Chicago, “Pleasant aromas can actually stimulate parts of the brain directly connected to sexual desire.” And as Professor of Psychology – Jeannette Haviland-Jones at Rutgers University in New Jersey puts it: “Since caveman days, the human brain has been hardwired to size up potential mates simply based on scent.”.

Not only can your scent make you more attractive to the opposite sex but it can also trigger memories. The smell of blossoming trees or the smoke from a chimney can turn into an instant time machine transporting you back to your childhood. This effect is called “odour-evoked autobiographical memory” or the Proust phenomenon, after the French writer Marcel Proust. In his novel “In Search of Lost Time”, the main character dips a cookie into a cup of tea and gets an instant taste of long-forgotten childhood memories.

Dr. Alan Hirsch has conducted an interesting study of the type of scents that men like on women. It turns out that men love gourmand scents that smell like food, and the reason, according to Dr. Hirsch is that men link these scents to deep emotional cravings, which make them feel more secure, reminding them of early childhood days.

Below you will find some of the scents that made it to the top spots in Dr. Alan Hirsch’s study.

Vanilla has been used as a natural aphrodisiac for centuries. That is why it is of no surprise that it is one of the scents that men find attractive in women. The reason for it, according to Dr. Hirsch: “Sweet and tasty scents are familiar. Smelling them reminds guys of simple childhood days, so they feel secure enough to let their attraction and affection show.”

According to Dr. Craig Warren of the Sense of Smell Institute, “Vanilla produces the feeling of happiness universally around the world. Of all the materials that go in fragrances, vanilla is the most liked globally.”

Spritz on some vanilla induced fragrance when you go out on a dinner and you will be amazed by the amount of compliments you will get in a single night.

A fragrance with vanilla notes that we recommend: Dior Addict

Originating from South India and Sri Lanka, cinnamon has been used by women as a perfume for centuries. The spice is one of the most popular aphrodisiacs for men, and the scientific reason behind its success is that cinnamon creates the feeling of warmth and excitement in men by increasing blood circulation.

A fragrance including notes of cinnamon can create an air of mystery and spiciness around you, making you irresistible to the opposite sex.

A fragrance with cinnamon notes that we recommend: Christian Dior Dolce Vita 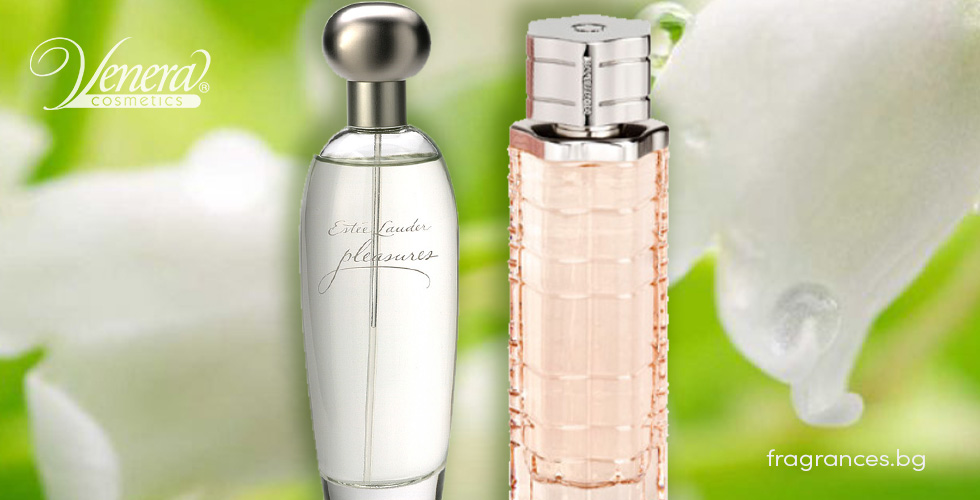 Lily-of-the-valley has a rare, delicate scent, symbolizing purity and humility. In 1956, the house of Dior created the fragrance Diorissimo to simulate the scent of Christian Dior’s favorite flower.

A study from 1993 found that lily-of-the-valley can boost excitement and reduce the feeling of apathy.

The study conducted by Dr. Hirsch concluded that men do not like strong florals, but a subtle floral scent like the one of lily-of-the-valley would turn men’s heads. The scent of lily-of-the-valley received a positive response from 11% of the men who participated in it, along with orchids, geraniums and violets, who also have a reputable aphrodisiac effect on men.

Lavender, also known as the “herb of love”, has soothing qualities and manages to stimulate your senses. The scent of lavender has been used as a natural remedy to ease tension and reduce anxiety for more than 2500 years. Surprisingly to some, it has the ability to spark passion as its soothing qualities make men feel nurtured and loved. Cleopatra is believed to have seduced Marc Antony and Julius Caesar with lavender scent, which makes us even more confident about the superpowers of the plant.

In the study by Dr. Hirsch, lavender did pretty well, especially combined with the scent of pumpkin pie, which may sound ridiculous but has to do with it having vanilla and cinnamon in it, which apparently are a great turn-on for men.

A fragrance with lavender notes that we recommend: Elizabeth Arden Green Tea Lavender

Sandalwood has very distinctive, creamy and soft scent, which has been used in massage oils for Tantric rituals for years. Originating from the Orient, it has been widely used as an aphrodisiac to treat impotence and relieve anxiety.

When combined with soft florals, such as orchids, sandalwood makes women become irresistible to men.

A fragrance with sandalwood notes that we recommend: Tom Ford Black Orchid

Jasmine has been used for centuries in some parts of Asia as a natural remedy to improve mood, as well as dealing with emotional stress and low libido.

Jasmine is one of the most sensual of the white flowers, often associated with intimacy and romance.

Its magical scent, combined with soft woods and/or citrus will turn any woman into a charming seductress.

A fragrance with jasmine notes that we recommend: Alien Thierry Mugler 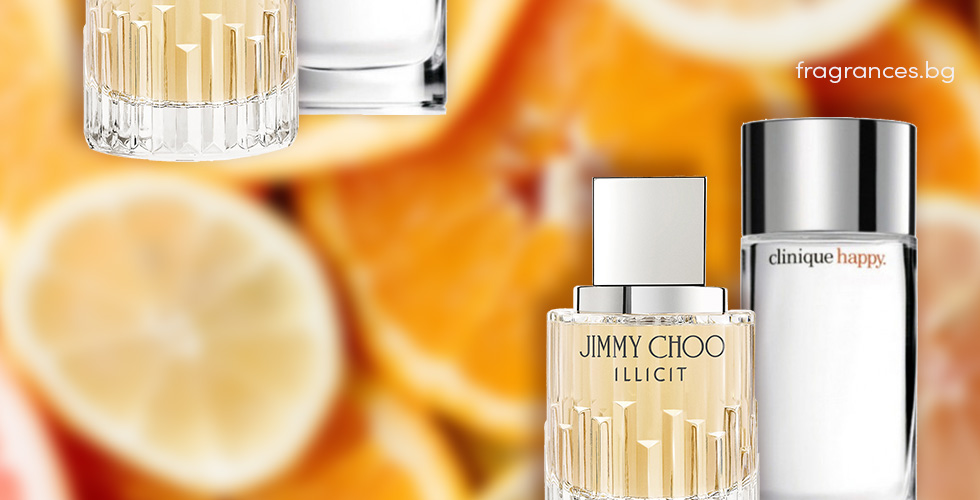 The scent of citrus has been widely known for its properties to act against depression and anxiety and helping boost people’s mood.

In Dr. Hirsch’s study, mandarin and orange turned out to be rather seducing for men with 20% of men reacting positively to them.

The smell of citrus brings up thoughts of summer and happiness, and according to a different study, men will automatically assume you are younger than you actually are, if you smelled like pink grapefruit.

A fragrance with citrus notes that we recommend: Clinique Happy; Jimmy Choo Illicit

As you can see, there are plenty of scents to choose from when it comes to being ahead in the game of seduction.

But even if neither of the above scents appeals to you, you don’t have to worry.  When you want to make a statement, it is most important that you feel attractive and radiates confidence, using the fragrance you love.

Rest assured that there is nothing sexier than confidence! Wear it with style 🙂