The story of the brand Hermès 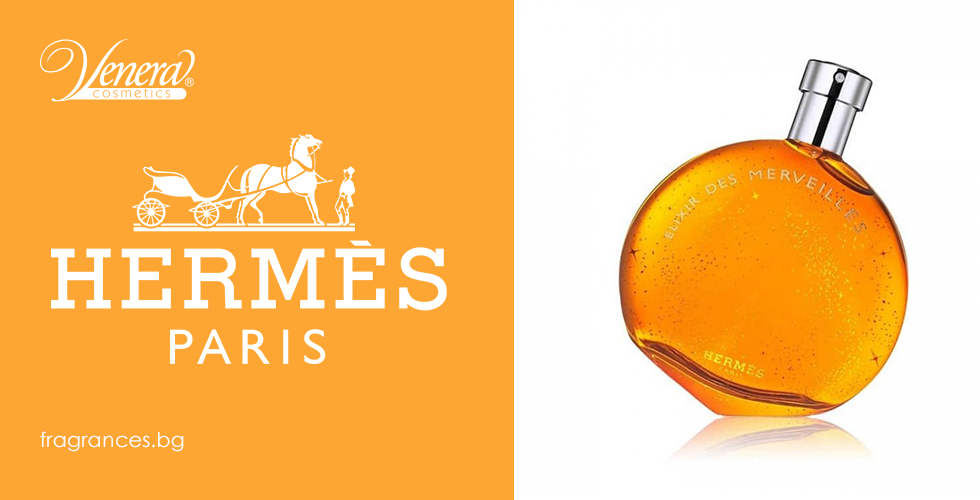 The French brand Hermès was founded in 1837 by Thiery Hermès. In the beginning, the brand made luxury accessories for horse riding, silk scarves, and leather goods. Bags, leather, boots, jewelry, and watches are some of the other products the brand offers. Eventually, Hermès started producing luxury cosmetics and perfumes as well.

The creator of Hermès and story of the brand

Thiery Hermès was born in Germany in 1801 but his family moved to France in 1828. 9 years later he opened a workshop and started making high-quality leather harnesses and bridles for the European noblemen. He won many prizes thanks to the quality of his products. In 1880 his son Charles-Émile took over the business and developed Hermès even further. By that time, Hermès was not only the name of the creator or his workshop but the name of a whole brand. The shop Charles- Émile opened that year is still at the same place in Paris. He started making saddles, leather bags and Hermès started selling the items in retail stores. At that time the company started selling to the elite all over the world too – Europe, Africa, Asia, Russia, and the Americas and becomes well known and recognized.

After the retirement of Charles-Émile, the business is inherited by his sons who change the name of the brand to Hermès Frères (the Hermès brothers). Just like their grandfather and father, they also have a good business sense and continue to successfully grow on the market. They began creating more and more accessories and started including innovative elements. One of the Hermès brothers – Émile-Maurice is the first person in France who receives the right to use the zipper for his products. In 1918, the Hermès brothers made the first leather golf jacket with a zipper for the prince of Wales at the time. Due to their innovative creation, in French, the word for zipper became known as fermeture Hermès( Hermès fastener).

In 1920, more clothing and accessories go out on the market. A bit later the wife of Émile-Maurice complains that she couldn’t find a leather bag in her taste. Thanks to this complaint and the talent of Émile-Maurice, in 1922 you can also buy Hermès leather purses. One of the most successful items of the brand was the leather travel bags, made in 1925.

Many fashion icons and celebrities at the time chose to wear them. The American actress Grace Kelly fell in love with the bag Sac à Dépêches so much that the bag was later renamed to the Kelly bag.

The ultra-luxury and famous Birkin bag was made later on – in 1984. Just as the name suggests, the bag was initially created for the English actress and singer Jane Birkin. The Hermès brothers got the inspiration for it when they were on the same plane with the actress. She accidentally spilled the contents out of her small bag and complained she needed a bigger one but that she couldn’t find a good elegant mid-sized bag.

The Birkin bag is luxury and elegant but also suitable for everyday use. Today, its price varies between $7,000 and $300,000 depending on the model, size, and color. It is hand-made of expensive, delicate crocodile leather and it takes 18 to 24 hours to make a single bag. The famous Birkin bag is shown in many movies and TV series, including Sex and the City. The quality and the clean elements, gentle seams, and perfection are part of the brand’s style since the 19th century – the time when only a few noblemen had the privilege to wear it.

Following the French fashion trends, Hermès continued making scarves, watches, and jewelry in the 90s and keep doing so to this day. The brand was inspired by classic paintings, books, and works of art but also by the ever-changing and casual everyday style. Émile-Maurice summarizes the Hermès style with the words “leather, sport, and a tradition of refined elegance“. Nowadays, we can still agree that these words perfectly describe the French brand.

The logo of the brand of a Duc carriage with a horse was invented in 1950 and it hasn’t been changed since then. It symbolizes the tradition of the Hermès family and the origin of the brand ever since the family Hermès was only associated with accessories for horse-riding.

Hard times throughout the years for the company

In the 70s, the brand already had multiple stores all over the world but also many competitors. This lead to a noticeable drop in their sales. Despite these hard times, Hermès continued searching for and creating new innovative methods and products to stand out between the other brands. They hired new designers, they incorporated new materials and new patterns. They even made the design for a Swiss watch. In the heart of the Hermès philosophy still lays the refinement and the feeling of nobleness and class.

This way they managed to get back on top of the fashion market. With time they prove their ability to keep their unique taste and style while at the same time they keep up with the fashion trends and with customers’ requirements. Their clothing and accessories are just as successful as their perfumes.

Hermès will probably always be among the brands that never go out of style. It will always be a symbol of luxury and good taste, of high fashion seen through the prism of every day’s comfortable style. For 3 centuries they have been proving themselves and are still the favorite brand for clothes, accessories, and fragrances for many people over the world. A lot of celebrities also confess they love wearing them on the red carpet as well in their everyday lives. Among them are Lindsay Lohan, Jessica Alba, and Sarah Jessica Parker.

Nowadays, the brand is still a family business and run by the 6th generation of the Hermès family. This once again proves how important traditions are to them. The Hermès fashion house is considered the most innovative in the branch. The dedication to keep creating new, ultra-luxury items is in the spirit of the company. Hermès count on controlled marketing limited sales and authenticity and there is no doubt their success will continue in the future.

The first Hermès perfume was made in 1951 and is named Eau d’Hermès. It is still one of the top fragrances in French and world perfumery. It is designed for men and women. This perfume is inspired by the subtle smell of leather, delicate flowers, fresh citrus fruits, and spices. According to perfume specialists, the mystic aroma of Eau d’Hermès is one of the most creative perfumes. The creator himself – Edmond Roudnitska compares it to the smell of a new leather bag Hermès.

10 years later Hermès created their first fragrance for women as well – Calèche. When this one turns out as a huge success as well, they again prove their talent and perfectionism in perfumery as well.

Ever since then they haven’t stopped making luxury perfumes for men and women. They introduce new fragrances one after the other. Every one of them impresses the public as well as great world-famous perfumers. Today the perfumes made by Hermès are 112.

Just like the fashion accessories they offer, Hermès’ perfumes are inspired by leather and natural aromas. They are just as sophisticated and expressive. Their perfumes have oaky and floral notes and often we can sense cedar, citrus fruits, black pepper, nutmeg, and other spices. The aroma of a Hermès perfume is always subtle and natural.

After creating hundreds of fragrances, Hermès have perfumes that still don’t go out of date. Some of them are:

Еlegant, a bold and seductive scent for men with woody notes, balanced by citrus freshness. Classy and refined for formal events but still suitable for everyday use.

This is the first fragrance for women made by Hermès. Created in 1961, it also has citrus notes such as clementine and lemon. You can also sense floral elements like gardenia, ylang-ylang and rose.

Another women’s fragrance which is available on the market since 2004. In this one, you can yet again sense flowers, moss, and citrus. Gentle vanilla and cedar tree make this perfume stronger and more expressive.

Created in 2003, this perfume can be used by men and women. Its name suggests the inspiration for the creation of it – the Mediterranean gardens of Tunisia. It has notes of sea breeze, fig tree, citrus, and Mediterranean flowers and with each spraying, the aroma of Un Jardin En Méditerranée will take you to warm, exotic gardens.

This is another modern fragrance for women available on the market since 2013. The composition exudes exquisite floral freshness, with hints of orange, narcissus, and gardenia, on the deep woody-musky background. Delicate and mysterious, the perfume will give you confidence.

The men’sperfumeÉquipage was made in 1970 by Guy Robert. This is the first Hermès perfume made exclusively for men. It has a strong but delicate smell at the same time. The deep oaky notes are combined with the smell of spices and balanced by fresh herbs. Bergamot, moss, and nutmeg are some of the aromas we can sense. Many critics say this is one of the best male perfumes ever made. The aroma of Équipage is associated with eternity, masculinity, and a strong presence.