Aromatic Cedar – the story within the story 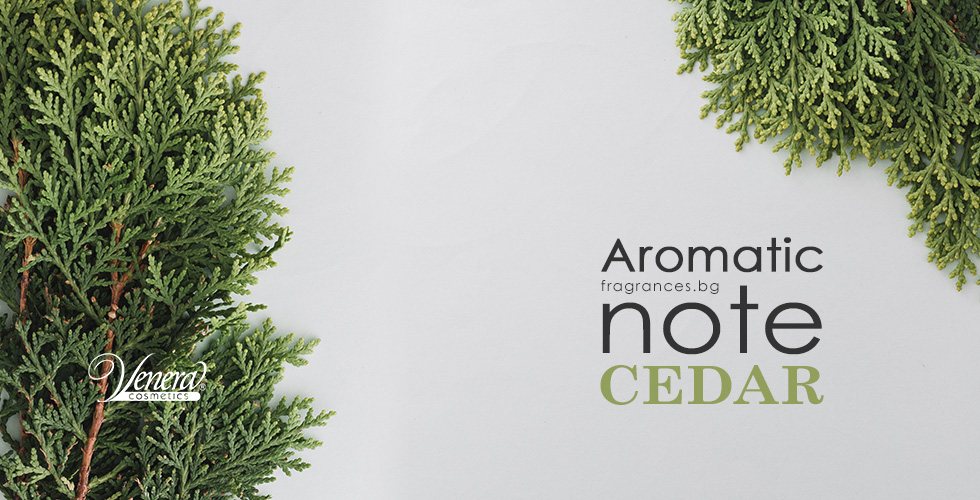 Cedarwood oil is one of the most famous and frequently used notes in perfumes. There is probably no one who has caught the scent of the cedar oil and has remained indifferent. It’s because when we feel this fragrance and it leaves a mark in our emotional paths once and for all.

Cedar (also known as Cedrus) is a coniferous evergreen tree of the plant family Pinaceae. It grows up to 30-40 meters. In fact, the note of cedarwood comes from the Atlas Mountains in Morocco or the cedarwood in Virginia, USA.

Cedar has silver-blue or greenish leaves; evergreen needles situated to form an open spiral of a long stem. The branches are situated broadly, sometimes almost horizontally. The fruits of the cedar are cones, colored in different tones of green, grey and brown.

The bark of the tree is thick, reddish to brown in color, very aromatic. The unique ingredients in the cedarwood make the enchanting scent of woody and ambery types of fragrances.

We can say or write a lot about cedarwood oil, but still, it will not be enough – words just can’t describe this scent. The cedar oil is extracted from the foliage, sometimes from the roots, as well as from the wood. It is yellowish or brown in color. We only need to smell it once, so it could touch our senses and one thing it’s certain – we will be forever hypnotized by its aroma.  An interesting fact is that many of the oils belonging to the aromatic group of cedar are actually derived from the distillation of juniper and cypress. For unknown reasons, natural cedar forests have nearly disappeared. An interesting fact is that an image of cedar is featured on the national flag of Lebanon. This is due to the fact that in the past there was an immense cedar forest in the country. However, the most famous cedar forest in Lebanon now includes only 375 trees. 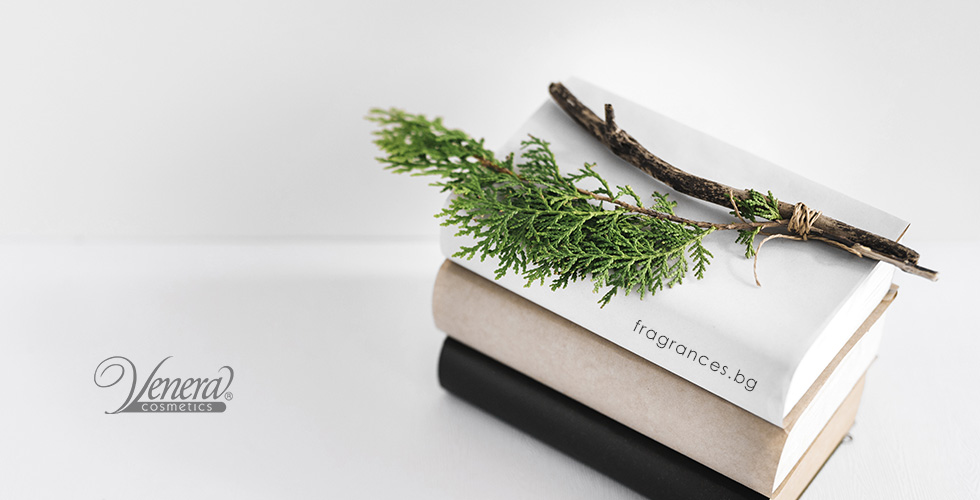 The most popular cedar species are Lebanon Cedar, Deodar Cedar and Atlas Cedar.

Lebanon Cedar (Cedrus libani) is typical for the mountains of the Mediterranean region. Its crown is conical when young, becoming broadly tabular with age. An interesting fact is that it was the Lebanese cedar that King Solomon used to build his Temple in Jerusalem.

Deodar Cedar (Cedrus deodara) is known for its bright green to pale green cones. It grows up to 45 meters and its cones have slightly ridged scales.

But perhaps the most interesting thing is the ancient history of cedarwood oil. How was actually the story born? It begins somewhere in the mountains of the Himalayas and the Mediterranean region. Essential cedar oil is actually one of the oldest ingredients used in perfumery since ancient times. It is worth only mentioning the fact that the ancient Sumerians used cedarwood oil as the base for paints, and the ancient Egyptians used it in embalming practices. The image of cedarwood is also part of many myths and legends. For example – this is the most mentioned tree in Scripture. The tree, covering Empty Tomb, is also a Cedar. As it was mentioned before, a Lebanon Cedar was also used for the structure of King Solomon’s palace. Cedar oil was used for papyrus irrigation in order for them to be protected from time’s devastating blow.

But what is the use of cedar oil today? We use cedarwood oil mostly in aromatherapy to balance energy, as well as to treat some infections. Because of its rich aroma, it is also used as a natural repellent to moths and other insects. The main use of cedar oil, however, is in perfumery, due to the density and uniqueness of its aromatic properties.

In perfumery, cedar is a distinctively dark, deep, spicy-woody note; warm, rich and saturated aroma. Cedar oil creates the uniqueness and sophistication of every perfume. Long-lasting note that has an incredibly velvety texture. It combines very well with citrus notes, as well as essences and essential oils of rose, bergamot, jasmine, orange, cypress and lavender.

Cedarwood oil is often encountered in fragrances for men. The essence of cedar conquers our senses from the very beginning.

Some of the perfumes that contain cedar are:

And what is your favourite perfume with a cedar fragrance note?